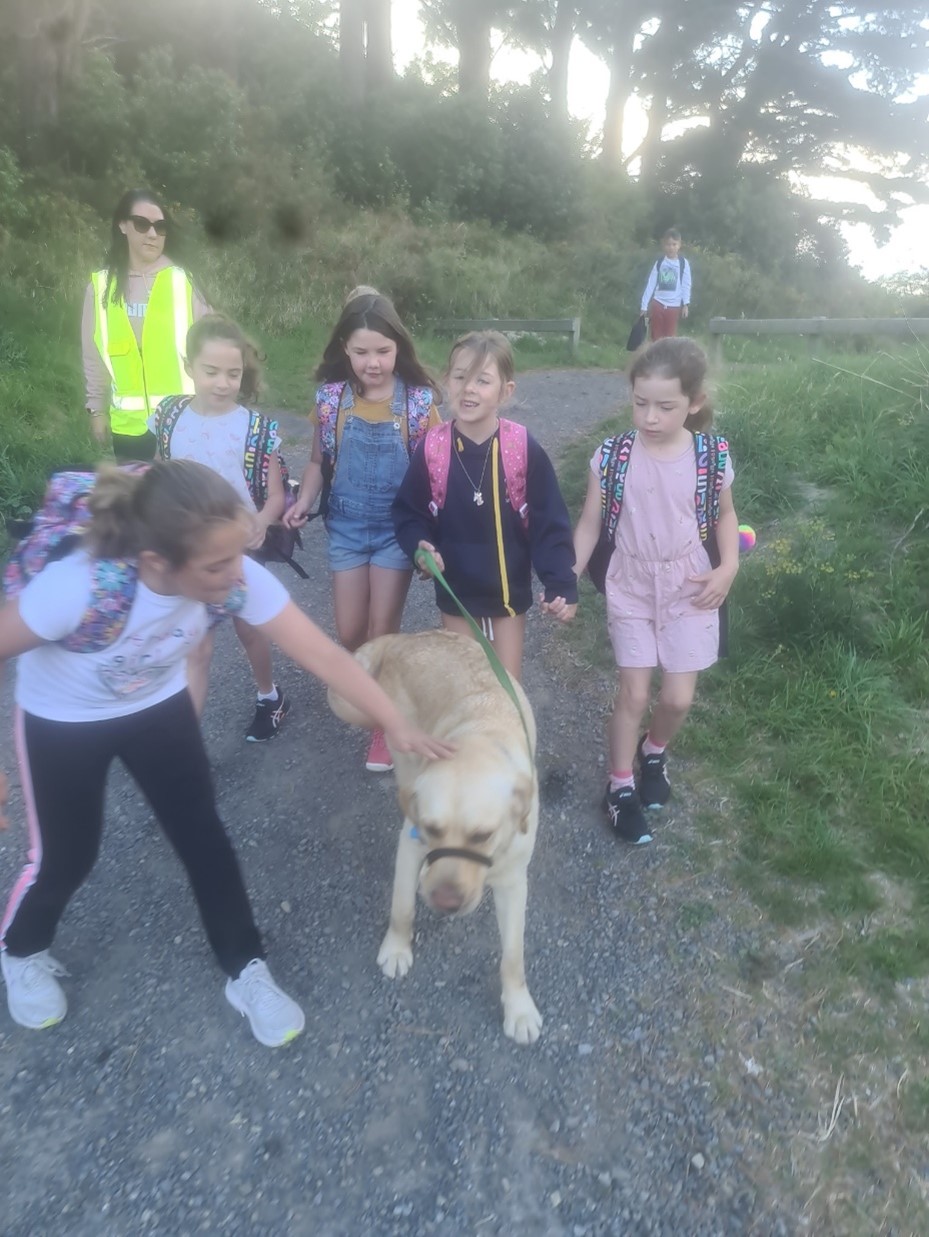 Ilse and her daughter Iva joined the “walking school bus” that Papakowhai School is trialling for the first time this year during Movin’March. Day one saw as many as 60 children turning up to the Aotea location along with plenty of parents who take turns to walk with the group.

While Ilse’s family walked to school last Movin’March, this year has been even more popular with Labrador “Huggle” joining their troupe. Ilse noticed how some of the girls in her group were anxious around bigger dogs and found that their walking with Huggle increased their confidence. Not only do they get to spend time with him, but they also get to learn the responsibility of walking with him as well as getting plenty of cuddles.

Ilse and her group of 10 girls decided to take a detour one morning down the bush track that leads to the school’s upper entrance which meant Huggle got an extra spurt around the park. Not surprisingly this became a regular detour that brought many benefits.

“The girls have had to work amongst themselves on how to keep things fair because everyone wanted to have a turn with Huggle. It’s created a great bond of friendship between them all”.

Ilse can see interest in the ‘walking bus’ continuing beyond Movin’March because of how successful it’s been this year.

“The girls’ activity levels have just skyrocketed. When we first started, the stairs on the bush track were a bit of a challenge for some of the girls. But having Huggle was the best distraction and I’ve seen how their comfort levels got stretched - in a good way. Now they just love it.”

Not only are tamariki walking more this Movin’March, but Ilse gets to achieve her goal of 10,000 steps-a-day and Huggle gets his daily walk too. The walking bus is continuing every day during Movin’March and averages at around 30 students a day with a group of helpful parents to walk with the group. Ka pai to all the parents and tamariki on Papakowhai School’s walking school bus!

Thank you for supporting this fantastic initiative - we hope it can carry on in Term 2!